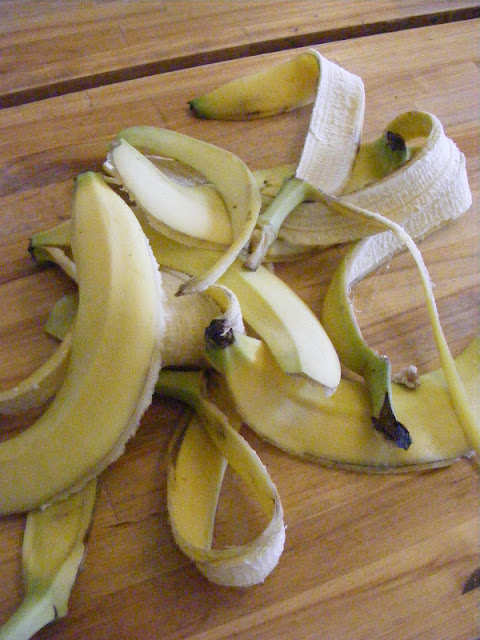 The Task: To become zealous composters.

The Why:  We've been composting for years.  In fact, Luke loves compost.  As in, he's been at peoples houses and noticed that they were about to throw out a bunch of rotten fruit and asked if he could take it home with him.  Seriously, it's a little embarrassing.  The idea that we can turn kitchen waste into black gold for our garden appeals to our trash-to-treasure hearts.

But honestly, in our own kitchen, we get kinda lazy about it sometimes.  If we fill the compost bin in the middle of meal preparation, we just start throwing the rest of the compost in the garbage. I'm not the kind of avid composter who picks banana peels out of the garbage if my two year old gets confused about what bin it should go in.  Or at least I wasn't, until today.

The Benefits of Composting:
The How: So, as of today I am the kind of person who picks banana peels out of the trash.  We toss all of our veggie and grain scraps (as well as things like dryer lint, facial tissues, tea bags and coffee grounds) into a pail under the kitchen sink.  Each evening (and sometimes more often!) we take the compost out to the big 3 section compost bin I built a few years ago while Luke was at work and I was looking to overcome my fear of power tools. 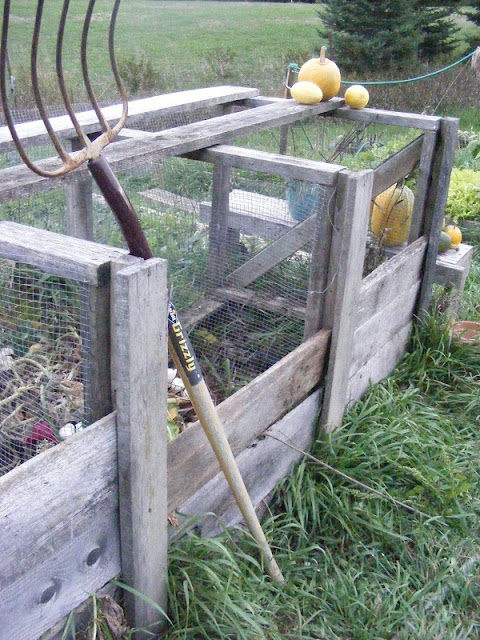 We never ever compost meat or dairy or anything cooked in animal fat.  I know many people do, but that just encourages a whole host of other issue, such as slower decomposition and maggots. Ick!  I'm pretty sure that if there were maggots in my compost heap I would have to cry and/or vomit and/or move.  Just kidding.... sort of.

We don't obsess over the ratio of nitrogen rich and carbon rich materials, we just put compost in the bin as it becomes available, give it a little turn with the pitchfork now and then, and it always breaks down beautifully.  We periodically switch which section we throw our scraps in to give another section a chance to break down into happy soil.

The Verdict:  I know that there is nothing glamourous about a heap of rotting produce, but I can't help but love our compost pile.  I can't believe we've been so lackadaisical about it, it's such a beautiful thing!


We are doing one small thing (almost) every day for a year to create a simpler, quieter, more intentional life. Take a moment to read all About Us, check out The Rules of our year long project and sign up for our RSS feed or "like" us on facebook so that you can follow our journey to radical simplicity!